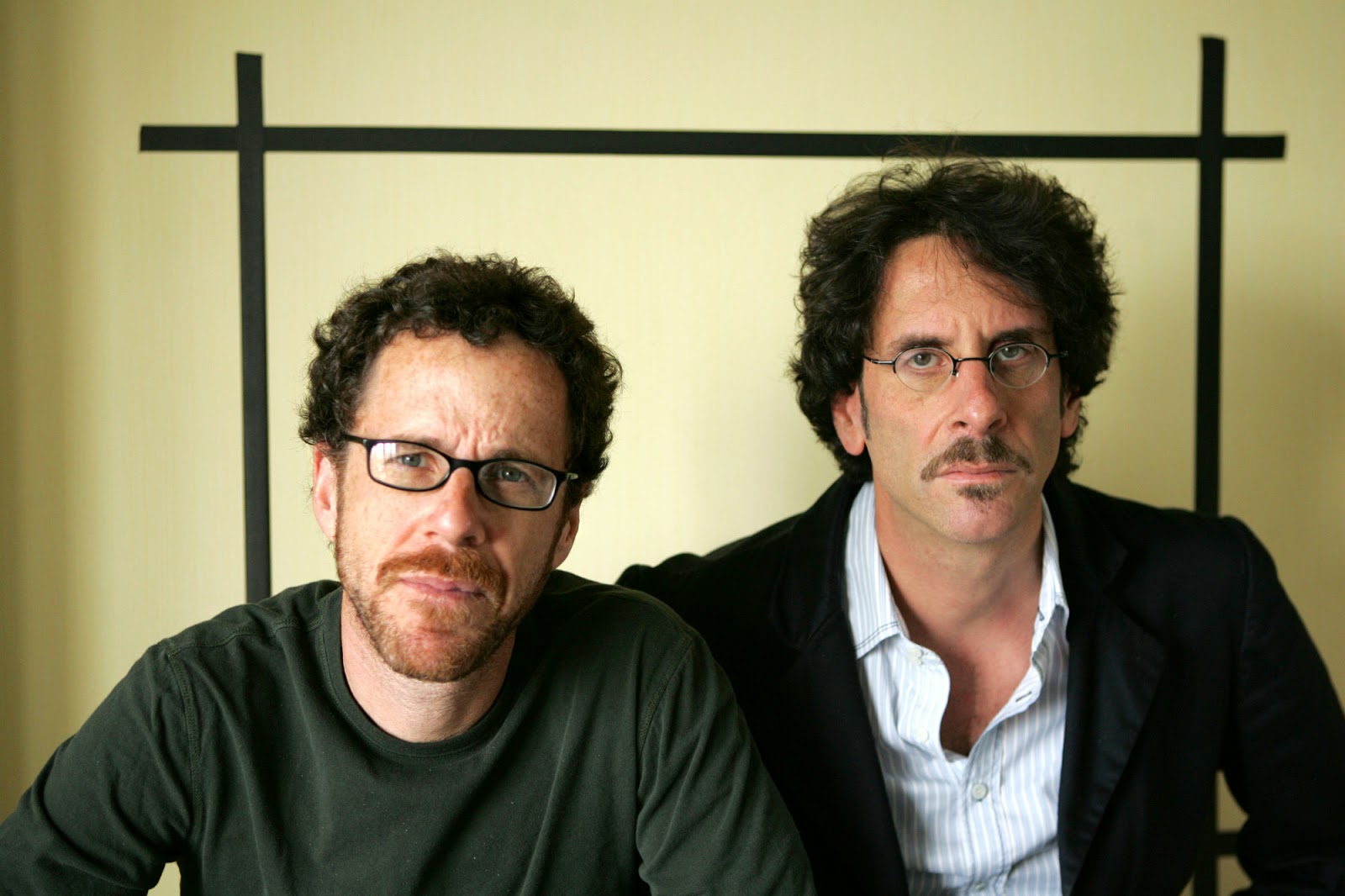 Way out west... or east, as relative to your particular geographical location, there are these fellas... fellas I wanna #MTOS about. Fellas by the name of Joel and Ethan Coen. Writers, directors, editors, they really just get their hands into whatever part of the process they can, and the resulting films are every inch a Coen Brothers movie. Their characters are unique, their dialogue is sharp, and their stories, well, they can kinda ramble. They span genres and period settings; they adapt books and write their own scripts; and they consistently work with some of the best character actors alive. They found their cinematic niche and they fit right in where they are and when they...... aw... I lost my train of thought here. But... aw, hell. I've done introduced them enough. Let's get to business.

Starting at 20:00 (GMT) on Sunday 22nd March 2015, I'll ask one question every 10 minutes. Just make sure you include the question number and the #MTOS hashtag in your tweets when you answer. That way we can keep track of who says what, making discussion and debate that little bit clearer. For example:
"#MTOS A1. I feel like they're the most geniusest filmmakers ever,
even if they never answer any of my letters."

So, please follow me on Twitter (@PaulCinephile), retweet the link and get folk involved in the event. I look forward to seeing what sides we all end up taking, and just what kind of new shit will come to light.

You are about to enter a world of topic questions:

1. First up... what are your feelings on the Coen brothers? Are they genius filmmakers, or too damn smart for their own good?

2. Of all the very unique and interesting characters that populate their films, which Coen character is your favourite? Why?

3. The Coens practically have their own repertory company of returning actors. Who do you think does the best work with what the brothers give them?

4. There are some incredibly striking images within the Coen brothers filmic oeuvre. What is your favourite shot of all their films? (Yes, tweet it if you can)

5. Music is a crucial element in Coen films. What is your favourite use of music from any of their films? 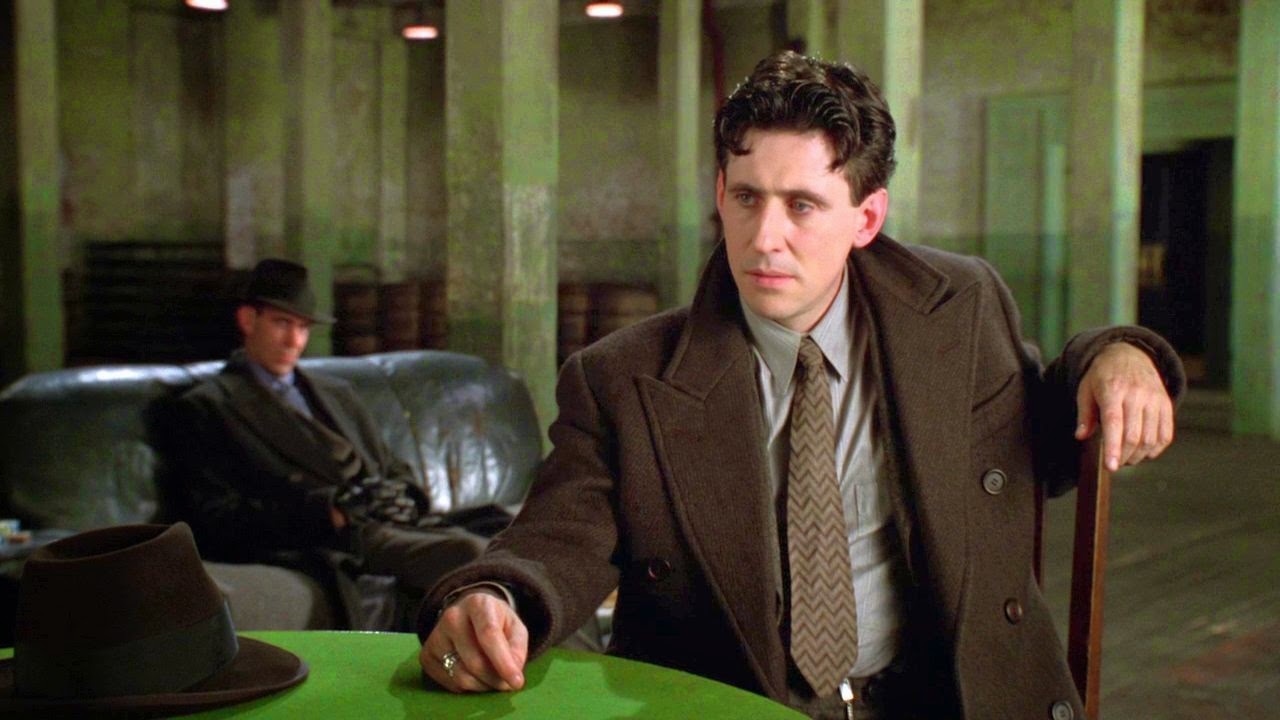 6. The Coens notoriously love their own writing. What is your favourite piece of Coen brothers dialogue?

7. They've tried their hand at adaptations a number of times, with varying levels of success. Is there a work you'd like to see get the Coen brothers treatment?

8. Their remake of The Ladykillers is regarded as the lowpoint for the Coens. Where do you stand on it: unfairly maligned or rightly dismissed?

9. The concept of Good & Evil (morality, sin, etc.) is a strong throughline in the Coens' work. In which film do you feel this is best represented?

10. You're talking to someone who has never heard of the Coens. What would be the first film you would recommend as an introduction to their work? 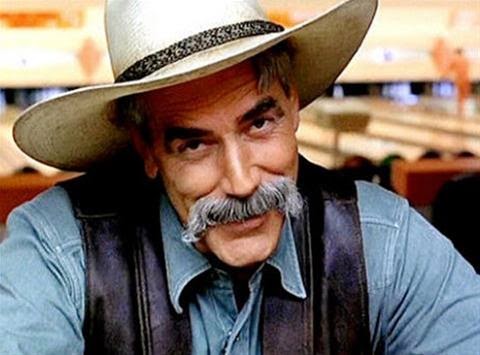 Well, I hope you folks enjoyed yourselves. Catch ya further on down the trail... Say friend, ya got any more of that good sarsaparilla?
Posted by Paul Costello at 14:05 No comments: 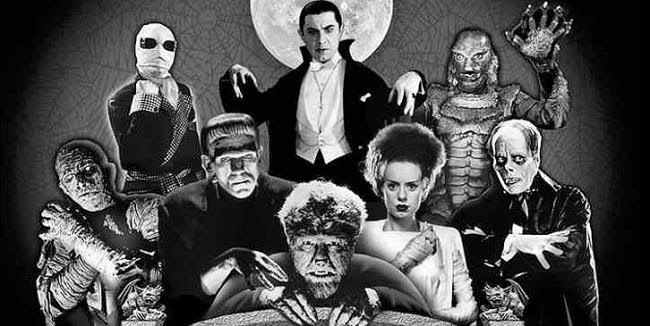 I love monster movies. I love their schlock, their steep in the Victorian, and their ability to be both about the misunderstood soul-searching for their place in time and the most unique of bloody laughable massacres. In recent years, the latter has become more favourable.

So let's talk monsters, in all their forms. Let's talk Frankenstein's Monster, the Kaiju, inexplicably large snakes, gorillas too far from the jungle, and the lesser mentioned water predators with a penchant for skinny dippers.

Starting at 20:00 (GMT) on Sunday 28th December 2014, I'll ask one question every 10 minutes. So, please retweet the link and get folk involved in the event. Just make sure you include the question number and the #MTOS hashtag in your tweets when you answer. That way we can keep track of who says what, making discussion and debate that little bit clearer. For example:


"#MTOS A1. Just try and tell me there's a better monster movie than Mommie Dearest."

And without further ado, here are the topic questions: 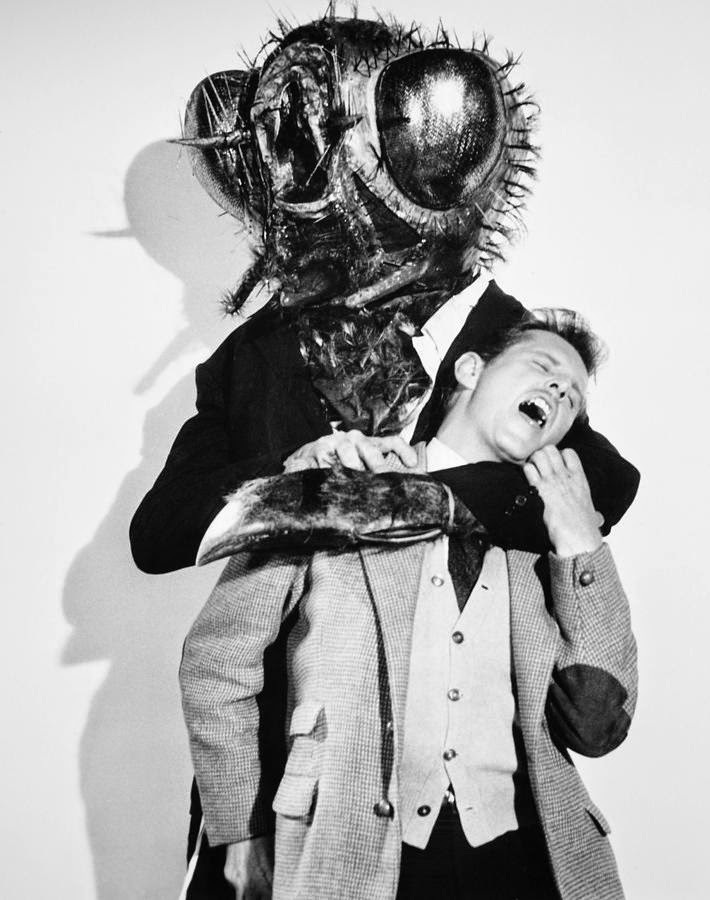 Q1. What is your favourite serious monster movie?

Q2. What is your favourite monster movie that doesn't necessarily take itself that seriously?

Q3. Is there a monster movie you hate? In the generation of movies that walk the tightrope of pastiche and parody, is there one you simply cannot stand? And why?

Q4. What monster/super-animal do you feel are currently under represented in the current monster movie market?

Q5. What is your favourite type of monster? Examples of its best scenes? 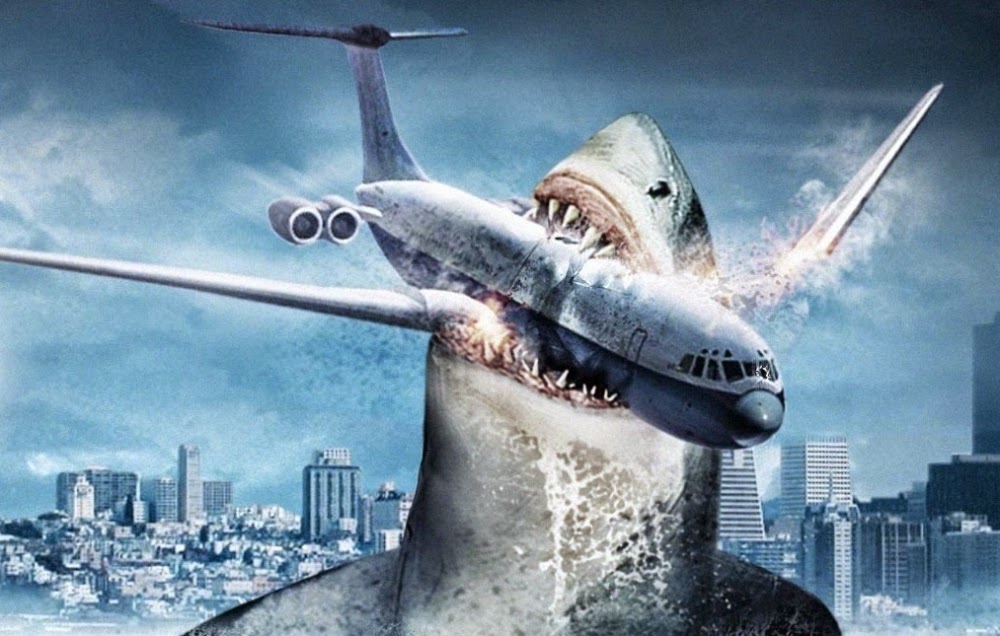 Q6. Which short-lived character from a monster movie do you wish lasted longer in the film than they did and why?

Q7. What's your favourite battle/action scene from a monster movie?

Q8. What's your favourite character death from a monster movie? Do provide links where possible so we can all enjoy.

Q9. What's your favourite tagline from a monster movie? Bonus question - do you have better, more fitting taglines for a particular film?

Q10. If you could have two movie monsters square off against each other, which two would you choose? Which do you think would win? 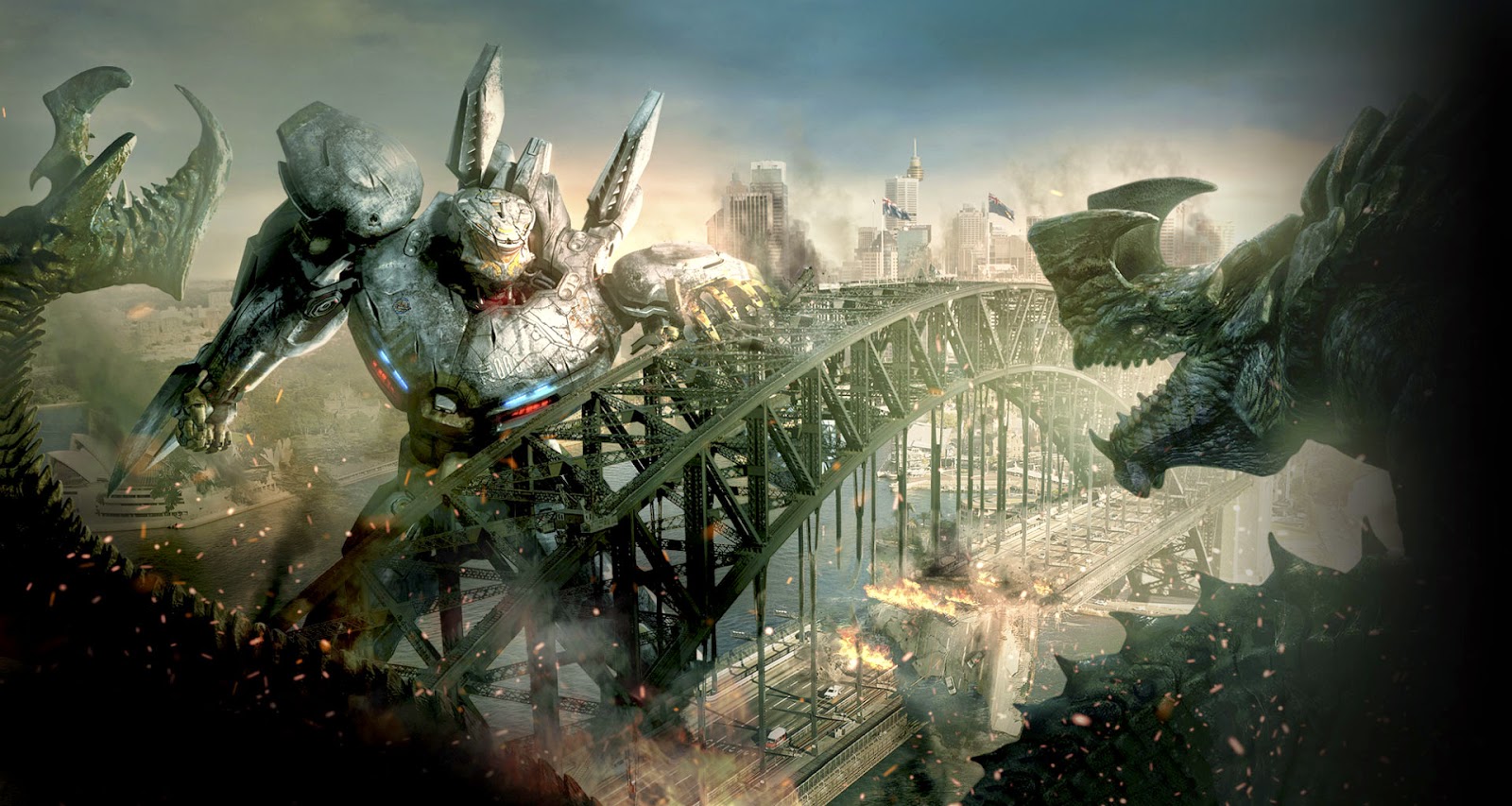 Posted by Paul Costello at 15:23 No comments: 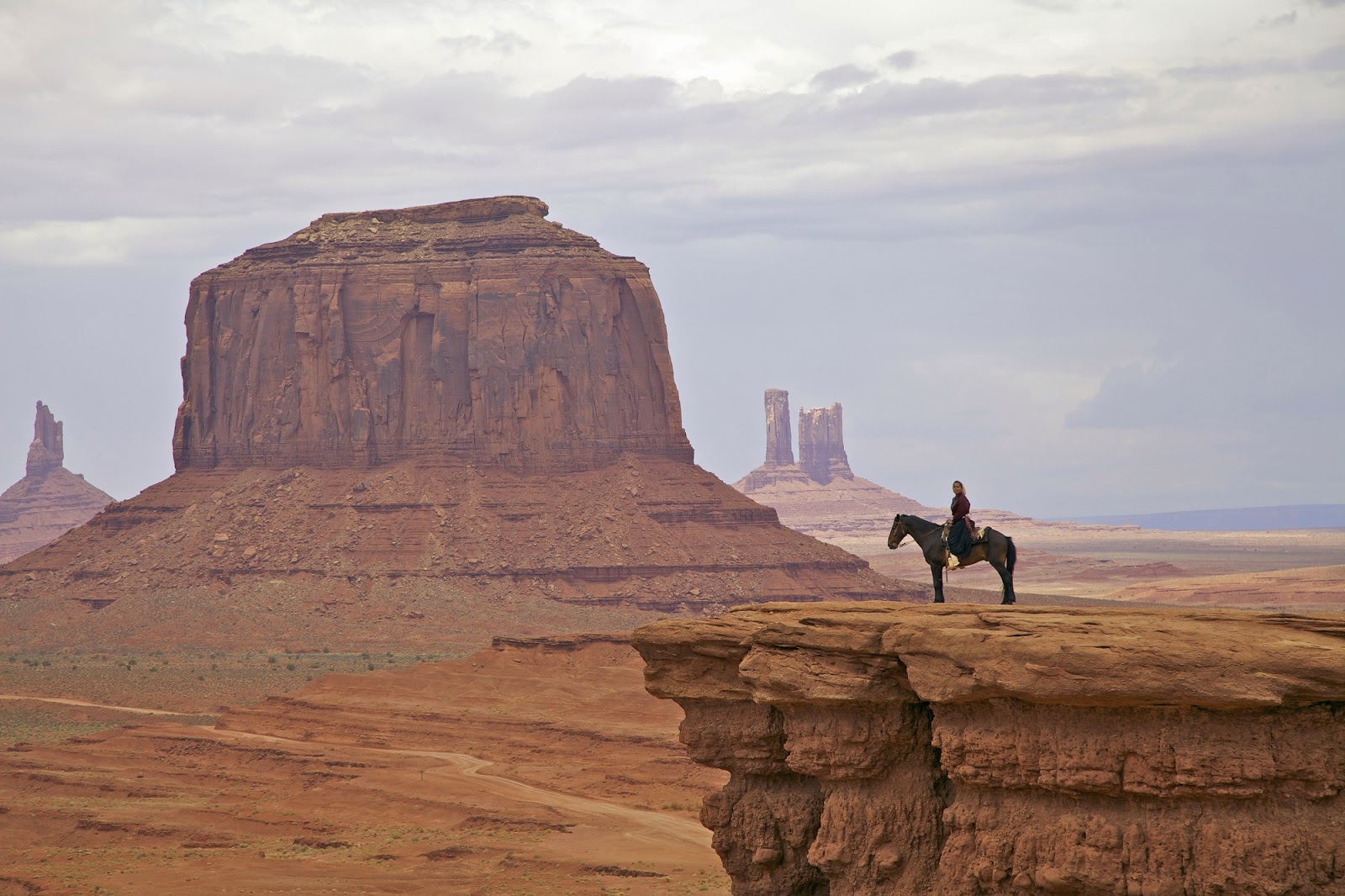 Tombstone... Monument Valley... Hill Valley circa 1885... The Old West itself. The stark American landscape which saw hard living, hard dying and the births of legend. For this week's #MTOS, we're going to devote our time to the best of the Western genre. Who made it good, who made it beautiful, who made it the foundation of American cinema. Did Eastwood look the best in a stetson? Is it Newman, Morricone or Bernstein you hear when you think of those dusty plains? Was it Ford or Hawks that stirred your passions for the great American frontier? Come on and join the fun as we celebrate, denigrate and generally pontificate over one of the great genres of film.

Starting at 20:00 (GMT) on Sunday 16th November 2014, I'll ask one question every 10 minutes. Just make sure you include the question number and the #MTOS hashtag in your tweets when you answer. That way we can keep track of who says what, making discussion and debate that little bit clearer. For example:

So, please follow me on Twitter (@PaulCinephile), retweet the link and get folk involved in the event. I look forward to seeing what kind of standoffs and uneasy partnerships develop over the course of the evening.

Saddle up, folks, here are the topic questions:

1. Do you like Westerns? Were they always a part of your movie-watching life, or something you came to later?

2. Violent and gritty or slow and elegiac; lawmen vs. outlaws or settlers vs. the frontier... what type of Western do you prefer?

3. Which director do you think made the best work in the Western genre?

4. Wayne, Cooper, Eastwood, Murphy, or someone else... to you, who is the defining face of the Western genre? 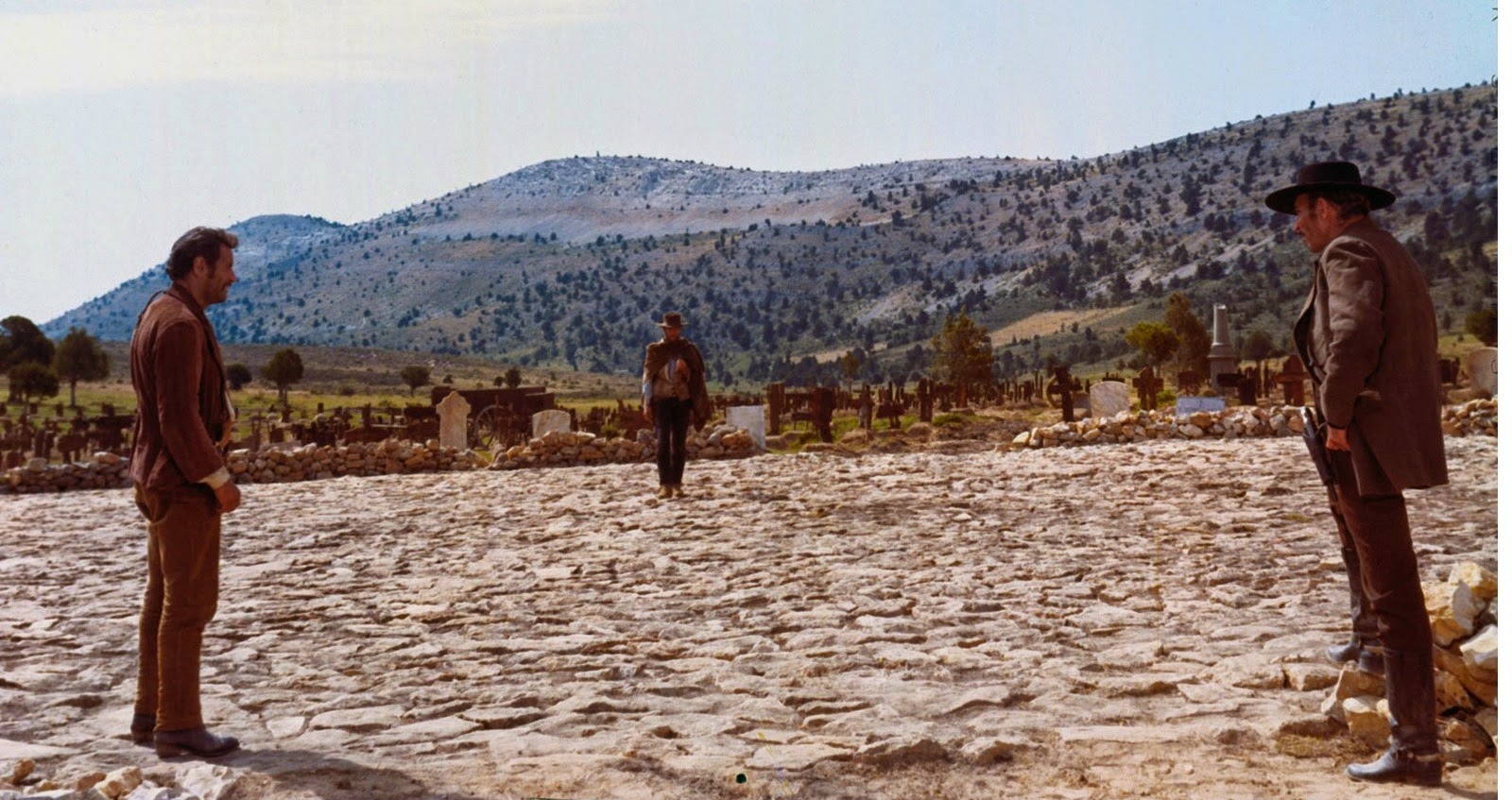 6. Westerns had given us some cracking music over the years, both in song and in score. Furnish us with your favourite piece.

7. Westerns have often been given a twist and combined with other genres (noir, sf, comedy, etc.). What are some of your favourite films to do this?

8. Other countries have taken their own crack at the Western genre. What non-American Westerns do you enjoy?

10. What 3 Westerns would you recommend for people who are just beginning their journey into the Western?

Thanks for taking part, cowpoke. Now go set yourself up with a nice sarsaparilla. I gotta be getting along. 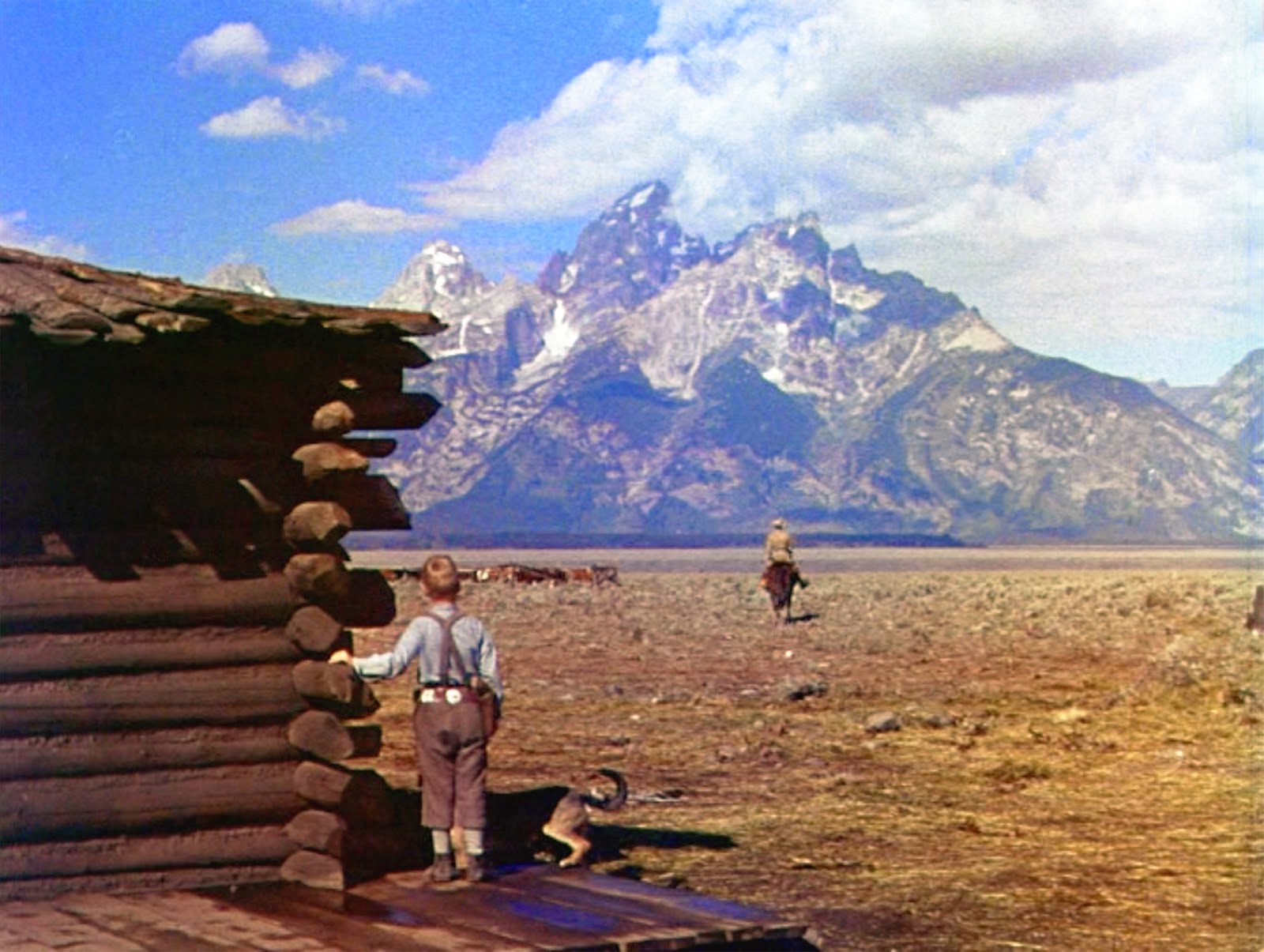 Posted by Paul Costello at 09:21 No comments:

This week I want to take a look at Technology and Special Effects in the movies.

Let's talk about the best and worst movements in technology throughout cinema history, and the present state of things. Are we going down the right road at the moment with IMAX, CGI and Higher Frame Rates? Are there any pieces of technological history, like stop motion, glorious Technicolor or model work that you miss or are there pieces like Cinerama that you feel have passed us by that you think warrants another look? What about audience experience and how that's changing? Are we going dangerously close to William Castle with D-Boxes and the 4D experience?

Starting at 20:00 (GMT) on Sunday 30th March 2014, I'll ask one question every 10 minutes. To answer, make sure you include the question number and the #MTOS hashtag in your tweets. That way we can keep track of who says what, making discussion easier. For example:
"#MTOS A1. There is no better resolution than on paper film. There just isn't!

The questions are below.


Q1. What piece of film technology do you think changed movies for the better?

Q2. What piece of film technology do you think have changed movies for the wrong reasons?

Q3. What has been the most important change or movement in film technology thus far?

Q4. Do you have a cinematic pioneer or hero and why?

Q5. Who do you think has been the most influential person in cinema and why?


Q6. Is it important we keep moving forward in technology/gimmickry or are we reaching a critical mass?

Q7. Does the world still have a place for older technologies, like stop motion or model work?

Q8. Are there any lost techniques you think should be reevaluated or rediscovered, for example Cinerama?

Q10. What do you think is the future of cinema, or the next big thing?

Thanks for joining in!

Posted by Paul Costello at 15:30 No comments: 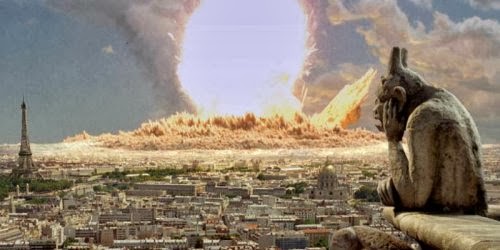 Who doesn't love a good disaster movie? It's all big effects, spectacle, all-star casts, the peril and drama or trying to outwit, outrun or generally outlast the thing that's coming to kill you. Who knows who'll make? From monster attacks to alien invasions, super storms to man made catastrophes, these are the movies that are the hysterical pitch of what movies can do when they take on the end of days. So come on and join the fun as we wallow, bicker and obsess over one of the great staples of moviedom.

Starting at 20:00 (GMT) on Sunday 22nd December 2013, I'll ask one question every 10 minutes. To answer, make sure you include the question number and the #MTOS hashtag in your tweets. That way we can keep track of who says what, making discussion and debate that little bit clearer. For example:

"#MTOS A1. Armageddon has the best use of ketchup-based analogies ever."

So, please follow me on Twitter (@PaulCinephile), retweet the link and get folk involved in the event. I look forward to hearing just what kind of apocalyptic destruction you all enjoy the most.

And without further ado, here are the topic questions for you to peruse and ponder. 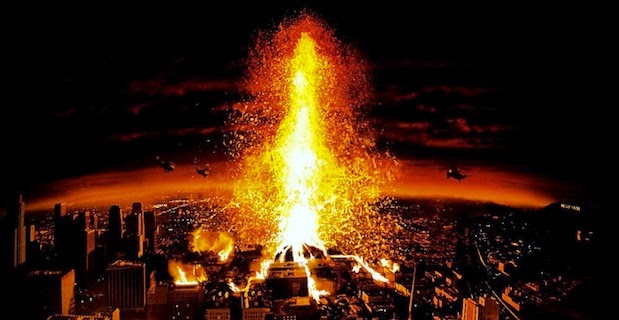 2) Which director do you think makes the best disaster movies?

3) Which director who hasn't done so already would you like to see take on a disaster epic? 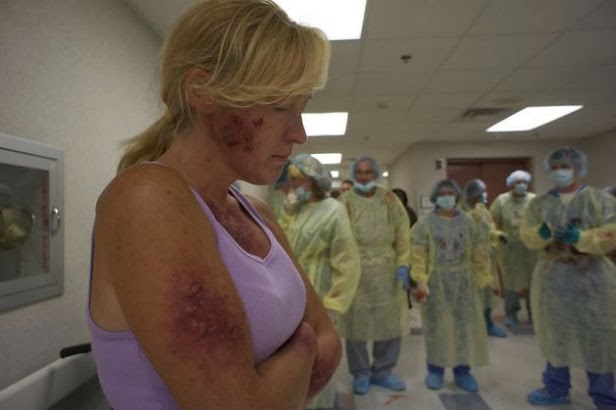 5) Disaster movies always used to have a theme song. Which one is your favourite? And should they come back?

6) Of the many deaths to occur in all these movies, who had the best? 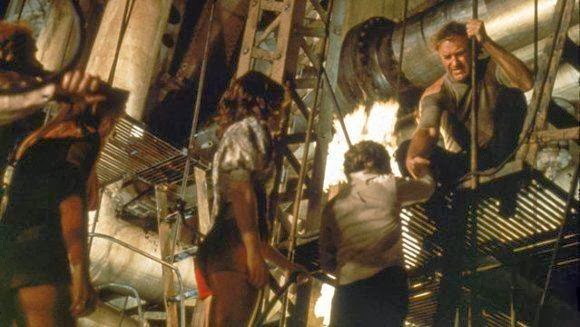 8) The big one: What is your favourite disaster movie?

9) With the escalation of the stakes in blockbusters, are all movies becoming disaster movies by default?

10) Make your own disaster movie: pick a director, actors, title and method of destruction. What you got? 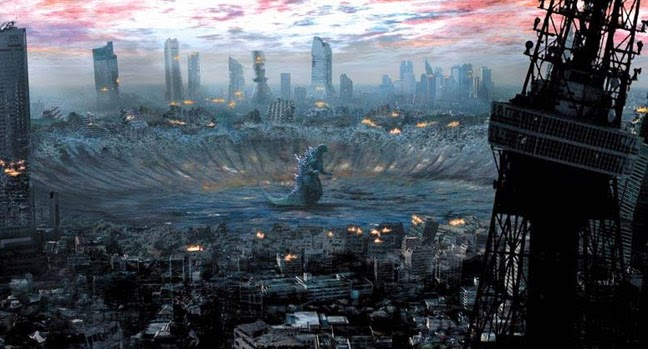 Enjoy!
Posted by Paul Costello at 16:21 No comments:

Other places I write